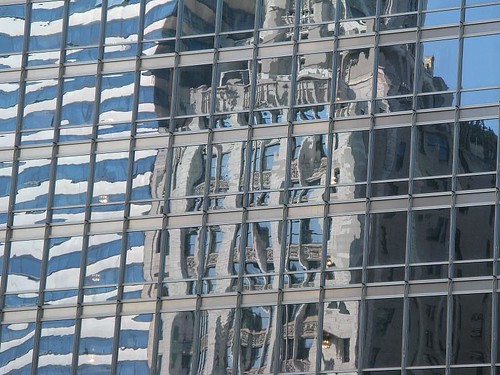 Had a stimulating conversation with my friend and colleague Alan Gilchrist this morning & of course we had to touch on the rugby this weekend. Wales thrashing of Scotland at Murrayfield. The score-line flattered us – we were outclassed and royally gubbed (good Scots phrase).

What was the difference? Was it skill – perhaps. Was it fitness – maybe. Was it experience – possibly. Was it confidence – definitely! There were a number of times in the match where Scotland just seemed to lack the belief and confidence. Maybe the two earlier tackles – which resulted in concussion and a yellow card – caused the team to hold back. I don’t know…

Alan then mentioned that he felt that there was time for a change of coach. Andy Murray, the Scottish Tennis player has successfully chosen good coaches, but also he has been able to let them go, and hire a new coach when they had been able to take him to a new level. Frank Hadden has done a good job, but could it be time for a change? A new coach to instil belief and confidence in the team, to take us to the next level of performance?

Made me think of coaching in the organisational world. And a lot of my recent coaching interventions have been focused on specific improvements, and have often been short interventions. Of course the relationship remains, but the work has been done, and we know we have finished.

If you have a coach, is your coach challenging you to be the best you can be? Are you clear on what you want to achieve from the coaching work together? Is your coach clear? Would you consider changing your coach?

The organisational coaching field is still relatively new, and as a part of my consultancy practice in Lifetree, for me it’s vital to be able to demonstrate value for my work with the clients. Coaching interventions are not cheap, and therefore need to show clear value added.

The field is also fraught with some possible dangers. Steven Berglas’ Harvard Business Review Article ‘The Very Real Dangers of Executive Coaching’ is apposite here. Giving some shocking examples of coaches out of their depth actually causing damage!

In today’s current climate, budgets are becoming increasingly tight, and (already significant) pressures are increasing on executive leaders, I believe there is an even greater need for good executive coaching. However, this coaching needs to be adding real value to individual and organisational performance.

As a coach, am I aware when I’ve taken my client as far as I can? That it’s time for me to allow him or her to move on?

Can we do this in a way that is not blaming or punitive? It’s not about failure or blame, it’s actually a big positive! We may have achieved a lot! Can we celebrate this and end the coaching relationship positively?

the trinity of learning
hard to put your finger on it…